Helicobacter Pylori is the most common chronic bacterial infection in the world, colonizing the stomachs of more than 50% of the human population. The discovery of this bacterium has changed the concept of care and management for peptic ulcer disease, mucosa-associated lymphomas, gastritis, and gastric carcinoma. Although the mode of transmission is not definitively known, person-to-person contact is suspected.

At Triborough GI, we know that this infection spreads from person to person through saliva, stool, or vomit. Additionally, it can be spread through contaminated water and food, which is often seen in third-world countries. It’s usually first acquired during childhood, although it can occur at any time during your life.

How this bacteria wreaks havoc on your system and causes ulcers and gastritis is still unknown, but it’s one of the leading causes of peptic ulcers. Some of the most common risk factors for getting infected with Helicobacter Pylori include:

When Helicobacter Pylori enters your stomach, it secretes urease, an enzyme that converts the chemical urea into ammonia in order to survive the harsh and acidic conditions of your gastric juices. Ammonia neutralizes the pH around the bacteria, making it easy for her to spread and burrow into the mucus layer of your stomach lining.

Additionally, this clever bacteria has developed ways to communicate with your immune cells, making them ineffective in destroying her. That’s the main reason why it’s so hard to detect this infection and successfully get rid of her. 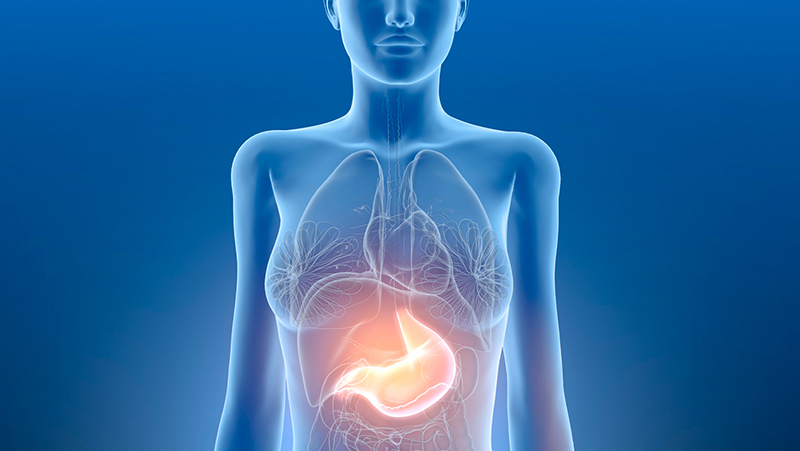 Since every case of H. pylori is very different, the symptoms of this infection are wide-ranging as well.

Some of the commons H. pylori symptoms are:

WHO SHOULD BE TESTED FOR H. PYLORI INFECTION?

If you have symptoms — Diagnostic testing for H. pylori infection is recommended if you have active gastric or duodenal ulcers or if you have a history of ulcers.

There are several ways to diagnose H. pylori. The most commonly used tests include the following:

What are the diseases caused by H. Pylori infection?

Not all H. pylori infections lead to the development of ulcers and stomach cancer.

However, most people infected do develop gastritis. Unless eradicated, H. pylori will remain in the stomach and will continue to cause chronic inflammation and weakening the protective force of the mucous membrane of the stomach. This will result in creating a condition whereby it is vulnerable to attack by stress, salty meals and carcinogenic substances.

Most people with indigestion or dyspepsia feel pain and discomfort in the stomach or chest. The sensation generally occurs soon after consuming some food or a drink. It may make a person feel full or uncomfortable during a meal, even if they have not eaten a large amount of food.

Gastritis is an inflammation and irritation of the lining of the stomach. It can occur suddenly (acute) or gradually (chronic).

Stomach ulcers, which are also known as gastric ulcers, are painful sores in the stomach lining. Stomach ulcers occur when the thick layer of mucus that protects your stomach from digestive juices, is reduced. This allows the digestive acids to eat away at the tissues that line the stomach, causing an ulcer.}

The causes of stomach cancer are thought to be smoking, poor eating habits and genetics. However, the latest research indicates that H. pylori eradication therapy decreases the risk of developing stomach cancer.

It’s known that Helicobacter Pylori creates damaging inflammation in your gastrointestinal system, making it the strongest risk factor for developing stomach cancer. Multiple studies and research papers prove the powerful link between the two, making it that much more important to detect this very common infection on time and find a way to successfully heal from it.

In 1994, the International Agency for Research on Cancer classified H. pylori as a carcinogen, linking it to gastric cancer, gastric mucosa-associated lymphoid tissue (MALT) lymphoma as well as an increased risk of esophageal adenocarcinoma.

Helicobacter Pylori is a very common bacteria that infects the stomach and the beginning of the small intestine by attaching to the mucus lining and spreading until it creates severe damage.

Since the symptoms are rarely experienced, it can lead to serious diseases and even cancers before you realize you’re even infected. That’s why it’s crucial to get checked out at Triborough GI in New York, by one of our gastroenterologist specialists, at the very first chance of feeling symptoms and prevent this bacteria from causing what could be irreparable damage and long and gruesome journey to healing.