How to Alleviate the Presence and Pain of Hemorrhoids

Nearly three out of four adults will have hemorrhoids from time to time. Hemorrhoids have a number of causes, but often the cause is unknown. Fortunately, there are effective options for treating hemorrhoids. Many people get relief with home treatments and lifestyle changes. 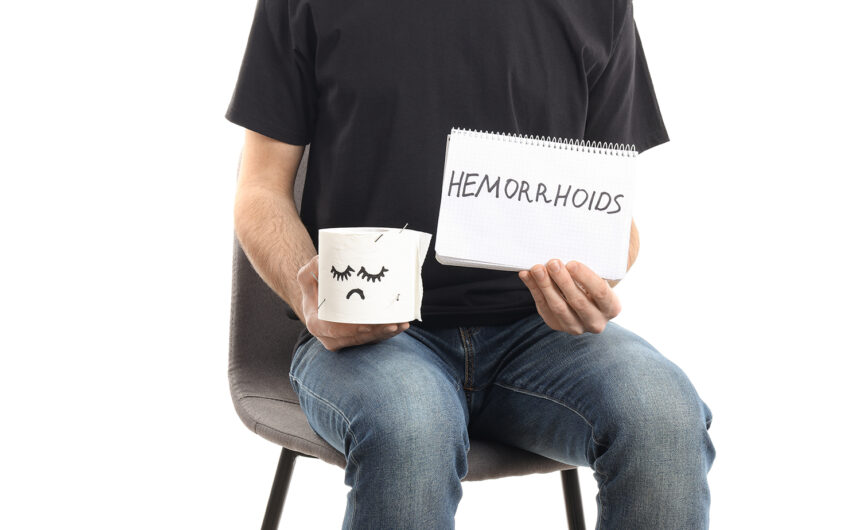 Hemorrhoid symptoms vary based on which ones are causing the problem.

It’s important to note, some symptoms may be similar to other conditions, such as colon cancer. If you are over the age of 40 and experiencing bleeding, talk to your doctor at Triborough GI about getting screened for colon cancer to rule out anything life-threatening.

If your Hemorrhoids are causing only mild, occasional symptoms, our doctors at Triborough GI might recommend home remedies and over-the-counter products initially to see if they give you relief.

You don’t need to take a full bath — a sitz bath works just fine. This type of bath uses a special basin you can buy at a drugstore. The basin fits right inside your toilet, making it easy to soak without entirely disrobing. Experts recommend warm sitz baths for 15 minutes at a time several times a day — including right after having a bowel movement.

Straining with a bowel movement is a major cause of hemorrhoids and their flare-ups. And a major cause of straining is too little fiber in your diet. Adding whole grains, fruits, and vegetables to your diet is a natural way to increase your fiber intake. You might also try a stool softener made with psyllium husks. Drinking more water can help, too.

Over-the-counter pain relievers may provide some relief for symptoms. Nonsteroidal anti-inflammatory medicines, like ibuprofen, can help decrease swelling, too. Just remember, if your hemorrhoids are bleeding, pain relievers like aspirin could make the bleeding heavier.

Home remedies don’t always provide adequate relief, and they’re not always suitable for chronic hemorrhoids. In those instances, our doctors at Triborough GI may recommend a medical procedure for your hemorrhoids.

This simple in-office procedure uses a special device to place a medical rubber band around the hemorrhoid, depriving it of blood. Over the next 7-10 days, the hemorrhoid shrivels up and falls off.

This treatment uses an injection of a special chemical that causes the hemorrhoid to shrivel up. Since there’s no bleeding afterward, it’s a good treatment for patients on blood thinners.

This minor surgical procedure is performed under sedation using a local anesthetic to numb your hemorrhoids, our doctors at Triborough GI can surgically remove them. Typically performed as an outpatient treatment, it takes about 2-3 weeks to fully recover afterward.

If your hemorrhoid symptoms are caused by a clot, our doctors can perform an in-office treatment to drain the clot and provide immediate relief. This procedure is most effective if it’s performed within three days of developing symptoms.

Get a diagnosis first

If you have painful symptoms that suggest you may have an inflamed hemorrhoid but you’re not sure, talk to your doctor. Your doctor can help to rule out polyps or something more serious while suggesting your best treatment options if you have a confirmed hemorrhoid. If surgery is your best option, you can count on Triborough GI to provide the highest levels of care in a safe environment.

Managing Your IBS During the COVID-19 Pandemicprevious