Stress and Gastritis: How are They Related?

Home / Advice / Stress and Gastritis: How are They Related?
in Advice

At Triborough GI New York, our gastroenterologists know that diseases of the stomach tend to come with strong discomfort, and emotional gastritis is one of the worst.

Despite there being a multitude of possible causes for stomach pain, some of them seem to be due entirely to emotional problems. This is the case with emotional gastritis.

Gastritis is a constant, throbbing pain felt in the upper part of the stomach. It’s usually produced by a bacteria altering the intestinal flora, which hinders digestion.

There is a type of gastritis caused by anxiety or stress. If there is stress and gastritis at the same time, there will be some signs. It is important to be alert so that you can act on time if you see symptoms. Delay could cause even more problems to develop.

Just like many other conditions related to the gastric mucosa, emotional gastritis has a variety of symptoms that are narrowly related to each other. 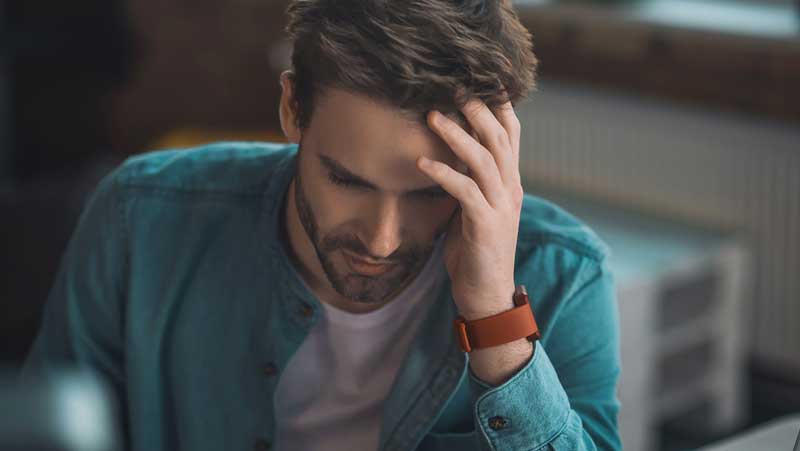 Let’s take a look at the most common of these:

One of the most prominent symptoms of the condition is stomach discomfort.

When you are dealing with high levels of stress, this can be very severe.

People who are affected by emotional gastritis describe it as being similar to the pain produced by stomach ulcers.

This is no surprise, as in both cases, the source of the problem is inflammation in the gastric mucosa.

Those who suffer from this stomach condition frequently say that their appetite is considerably reduced when they feel the most strongly affected by it.

In this way, it is common for patients to reduce the amount of food they eat per day. That can affect their well-being even more.

One of the most irritating symptoms of emotional gastritis is the feeling of acidity in the stomach.

It is a burning sensation in our digestive system which can become especially unpleasant at times of peak stress levels.

Among other symptoms of stress and gastritis we find:

It is also common for some eating disorders to develop. The person may eat too much or stop eating. In both cases, the stomach becomes the person’s focus, so much so that it may turn into a true eating disorder.

Stress-induced gastritis is mainly caused by strong emotions. The treatment comprises a combination of diet, lifestyle changes, and medications.

Even simple changes in your diet can help to prevent the symptoms of stress-induced gastritis.

Your diet plays an important role in maintaining not just your digestive health but also your overall health.

If you have gastritis, it is important to avoid acidic foods such as tomatoes and foods that are spicy, fried, and loaded with fats.

Avoid the consumption of foods that cause allergic reactions. Some of the drinks to avoid include carbonated, caffeinated, and alcoholic drinks. Increase your intake of high-fiber and low-fat foods.

Just like the majority of illnesses related to stomach inflammation, we can reduce the symptoms of gastritis by using medication.

Some such  medications are Omeprazol and Melox. These protect the walls of the stomach from excessive amounts of acid, reducing discomfort.

Even so, just as with mental disorders, pharmaceutical treatments should only serve as a complement to other types of treatment.

They should not be used exclusively. They are good for masking the symptoms, but not for treating the root of the problem.

May sure to contact a specialist at one of your New York offices and let our team help you on the right track to a healthy lifestyle.

BOOK AN APPOINTMENT
How to Alleviate the Presence and Pain of HemorrhoidspreviousWhen to seek medical attention for stomach ulcers?next