H. Pylori – The Silent (And Sometimes Deadly) Bacteria Inside Us

Helicobacter pylori (H. pylori) is a spiral-shaped bacterium that lives in the stomach and has been infecting people for a long time, with sometimes deadly results. It is an infection that is usually acquired during childhood, which is related to socioeconomic status, poor hygienic conditions, and a high degree of overcrowding; which is acquired by oral ingestion of the bacteria and transmitted mainly within families in childhood. The fecal-oral route appears to be one of the most likely routes of transmission.

Fifty percent of the world’s population is colonized by H. Pylori. The bacterium is strongly adapted to the gastric mucosa due to its characteristics, which allow it to enter the mucus, swim, attack epithelial cells, and evade the immune response, resulting in colonization and persistent transmission. 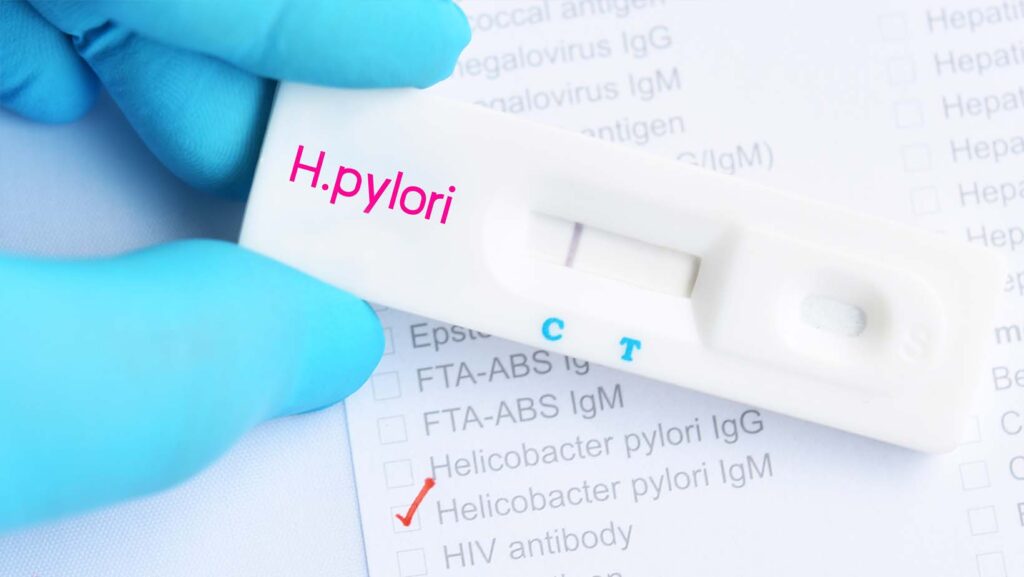 In recent years, there has been a decrease in the prevalence of H. pylori infection in developed countries. In the United States, less than 6% of the children are infected by H. pylori. A similar trend is becoming apparent in other parts of the developed world.

Research indicates that H. pylori has been around at least since human migration out of Africa about 60,000 years ago.

How does H. pylori infection occur?

At Triborough GI we know that H. pylori bacteria can be passed from person to person through direct contact with saliva, vomit or fecal matter. H. pylori may also be spread through contaminated food and/or water.

Even though the stomach acid is lowered by these bacteria, people still get heartburn. This is because the stomach doesn’t get properly acidic, so it doesn’t empty its contents into the small intestine. Food sits in the stomach and ferments, and the by-product of fermentation is lactic acid (this is the ‘burn’ people feel when working out). It is thought that this lactic acid could be the source of heartburn in some individuals.

While proton pump inhibitors (PPIs) may make some people feel better, the risk usually outweighs the reward. If the stomach never reaches its proper pH, then a whole host of problems start to arise. For instance, minerals like calcium, magnesium, iron, zinc, copper, selenium, and boron are not absorbed well, if at all.

Also, folate and B12 are poorly absorbed. Magnesium boasts over 300 functions in the body, one of them involves smooth muscle contraction which controls the valves in the GI tract. If the lower esophageal sphincter (LES) is not contracting properly to keep it closed, this could allow for the contents of the stomach to come back up into the esophagus, giving the feeling of reflux.

Since the stomach is designed to sterilize the contents of food, having low stomach acid due to H. pylori can set the stage for other bacteria to colonize the GI tract, triggering SIBO (small intestinal bacterial overgrowth), not to mention allowing viruses and parasites to enter the body via the oral route too.

How to test for H. pylori

There are four ways to test for H. pylori infection:

Pancreatic diseasespreviousWhat you need to know about fatty liver diseasenext